Biography of the Consul General of France in Toronto [fr] 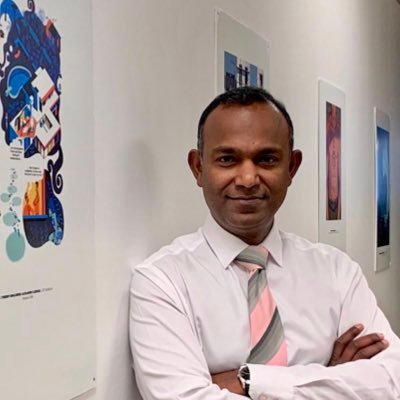 Tudor Alexis was born in Pondicherry, an ex-French colony in South India. At the age of 18, he decided to take up French citizenship and started learning French.

After his Bachelor’s degree in English literature from Loyola College, Madras (now Chennai) he went to France to do a Master’s program in English and American civilization at the Sorbonne.

At 24, he went to Africa for two years to teach English. It was in Africa that he became interested in diplomacy and hence enrolled at Sciences Po, Paris upon his return to France. After that, he entered the Quai d’Orsay, the French ministry of foreign affairs, in 2005 as a career diplomat.

Between 2006 and 2009, he held the position of Desk officer for Morocco and Western Sahara and also handled Maghreb affairs. In 2009, he served as Deputy Chief of Mission at the French embassy in Malta. During his tenure there, he oversaw European affairs, press relations and strategic issues. In 2012, he was posted in Morocco as Political counsellor at the French embassy in Rabat, a job that included Mediterranean issues, crises in Syria and Mali, deployment of peace-keeping forces, etc. In 2015, he joined the Office of the Inspector General at the French MFA in Paris and was involved in audit assessments of French embassies and consular offices in over 20 countries.

After the May 2017 elections in France, he joined President Macron’s administration as Diplomatic advisor to Nicolas Hulot, the French minister of State for the ecological and inclusive transition. At this position, he spearheaded French policy on a variety of issues on the international scene including climate change, energy, sustainable development, environment, biodiversity, etc. and oversaw the preparations for the first One Planet Summit in December 2017. It was in this position that he helped conclude the France-Canada partnership on climate and the environment that expressed the common commitment of both countries in favor of a transition to a low-carbon economy.

Following a reshuffle in the French government in September 2018, he was appointed as Special assistant to the Director for French Nationals Abroad and Consular Administration and given the charge of devising France’s first global consular response center.

Tudor Alexis was appointed as Consul general of France in Toronto by French President Emmanuel Macron in June 2019.

He is a naval Lieutenant Commander of the French military reserve forces. Besides being bilingual in French and English, Tudor speaks Tamil, Hindi, Italian and Malayalam. Canada is home to many of his relatives and friends.

He is married to Idelette Steeg, a university professor.