From Wednesday November 14 to Tuesday, November 27, 2012, the European Union Film Festival takes place at the Royal Theatre (608 College Street). It’s a unique opportunity to discover new European films selected by the Consulates and Cultural Centres of the European Union member countries to represent the richness and diversity of the film industries of their countries.

For this 2012 edition, the Consulate General of France in Toronto will present the French film “Granny’s Funeral” by Bruno Podalydès which has been selected at the Cannes 2012 - Director’s Fortnight. The screening is free and will take place at the Royal Theatre on November 23, 2012 at 9 pm.

Granny is dead. Berthe is no more. Armand’s grandmother had sort of slipped his mind. Armand runs a pharmacy in the Paris suburbs where he lives with his wife, Helene. In a medicine cabinet he hides his magical equipment- he’s secretly preparing a show for his lover’s daughter, Alix. And Granny? Should she be buried or burned? Who was Berthe? 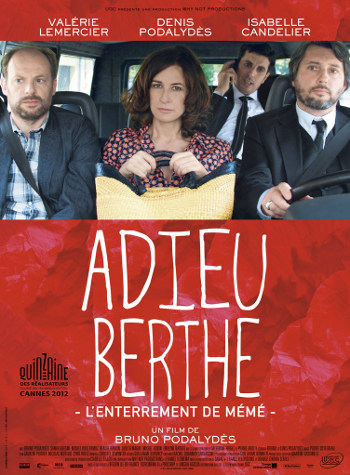