Solidarity at the heart of a new Bastille Day [fr]

In Paris, the President Emmanuel Macron, paid tribute to the nursing staff. In Toronto, we marked the National Day with an act of solidarity. On behalf of the French community, the Consul General, Tudor Alexis, distributed gift bags to the city’s 1,100 cleaners. In addition to the official flag-raising activities at City Hall and Queens Park, Toronto’s French bakers and pastry chefs helped us deliver several hundred pastries to the city’s hospital care staff. 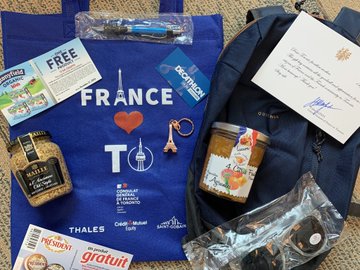 The July 14th festivities kicked off at Bermondsey Yard under the coordination of the Solid Waste management team in Toronto. The Consul General, Tudor Alexis, distributed gift bags of French products to 1100 cleaning agents in the presence of Councillor James Pasternak, who himself participated in the distribution of the bags. 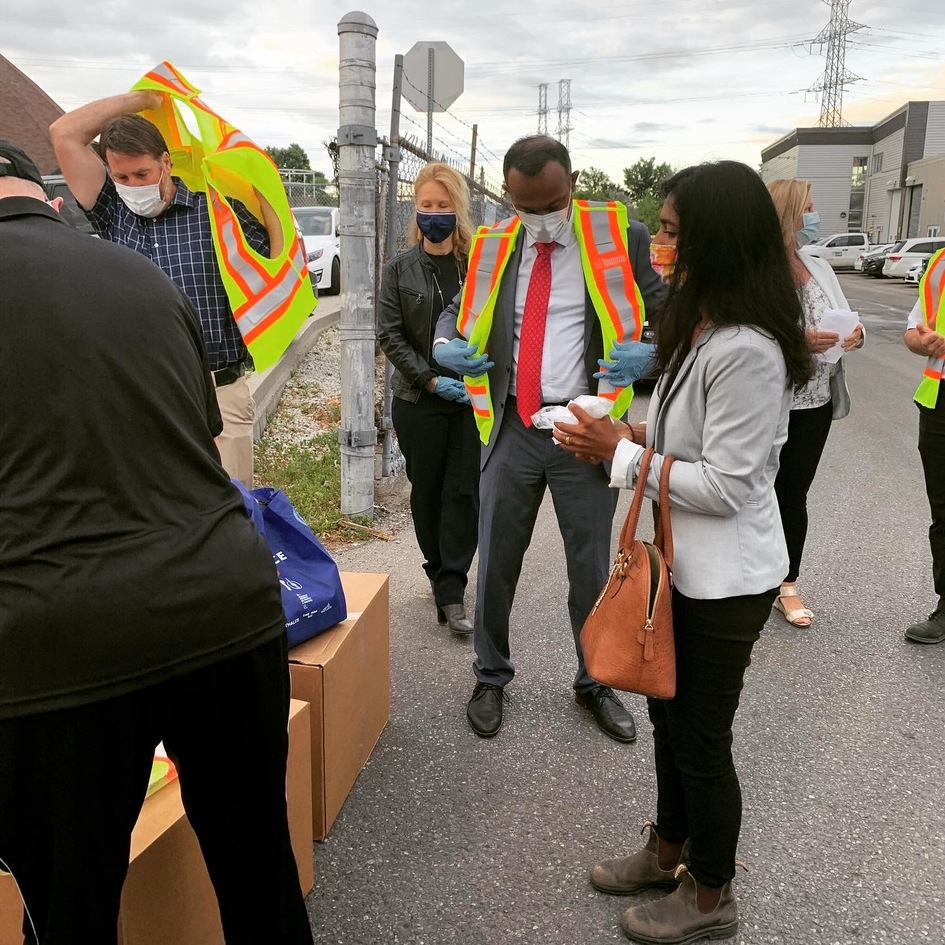 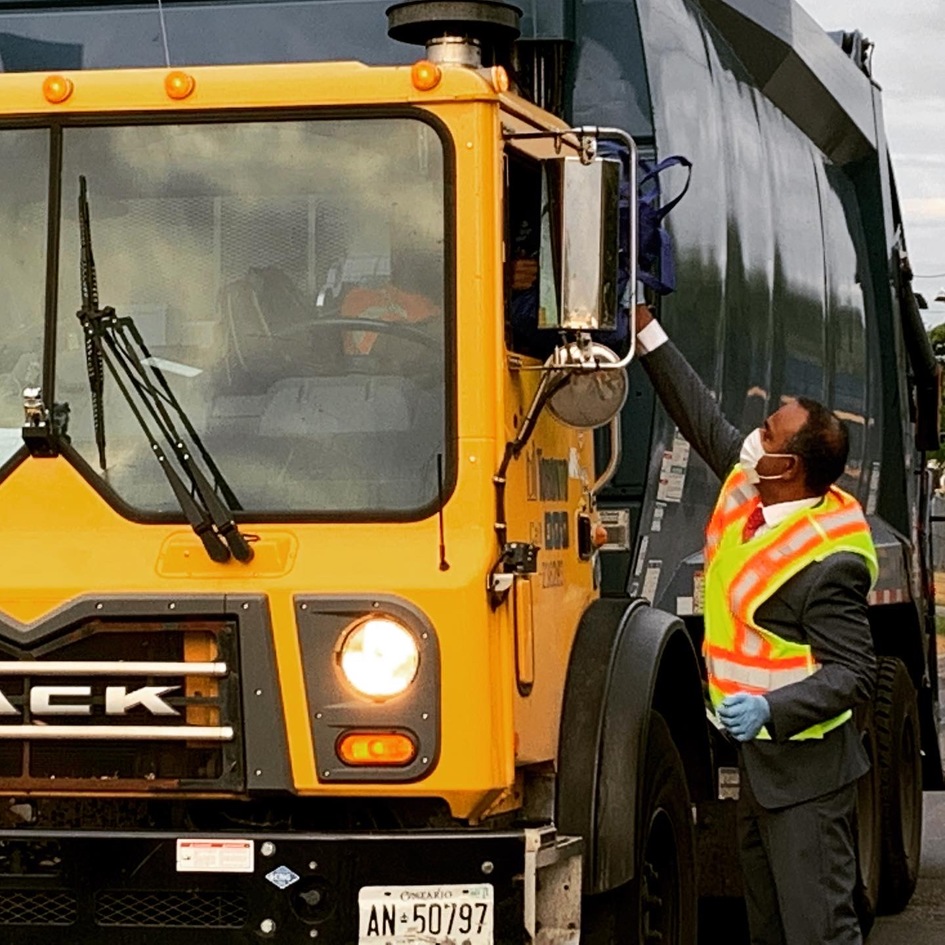 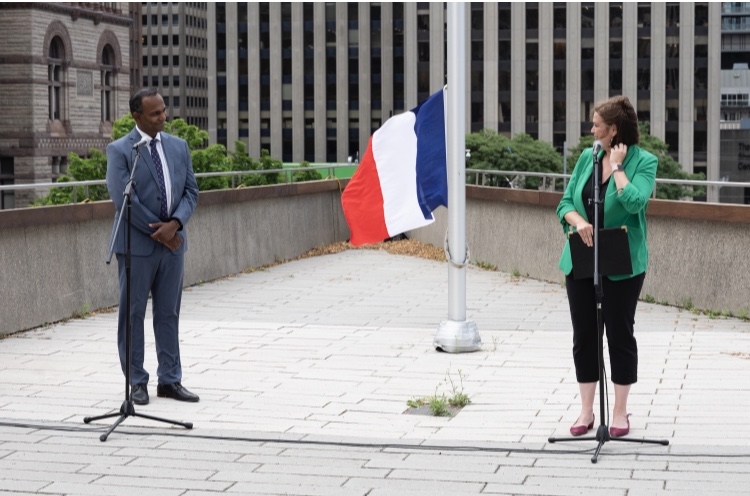 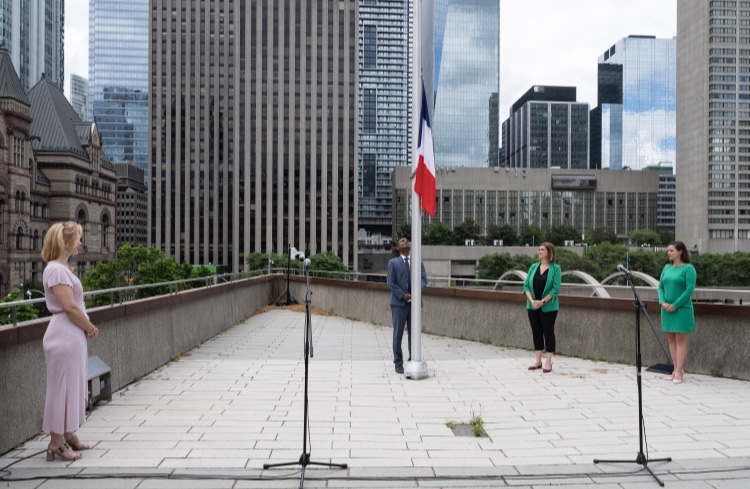 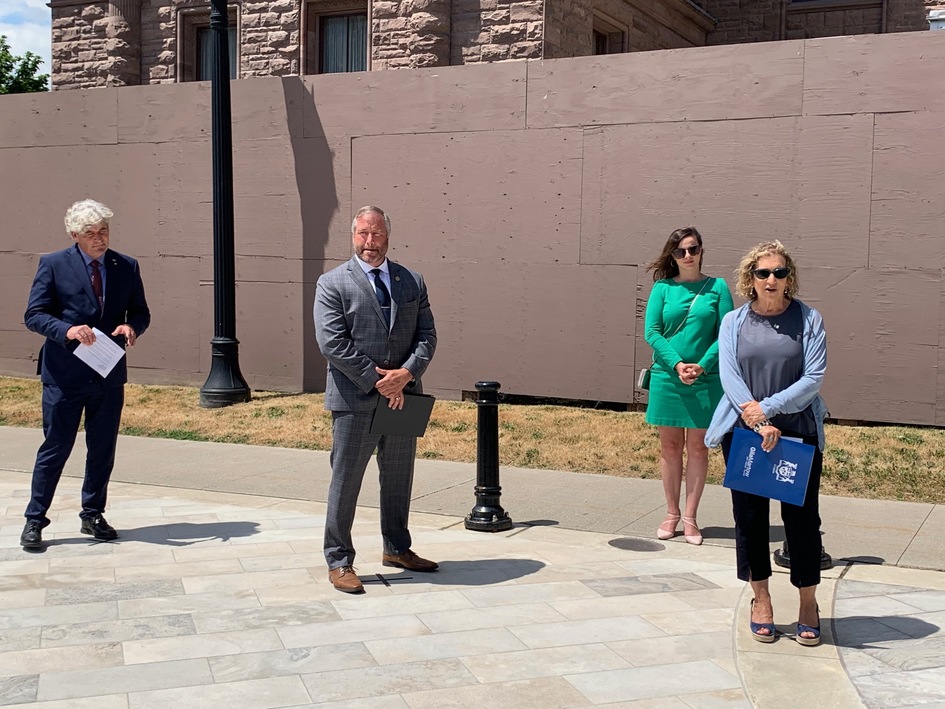 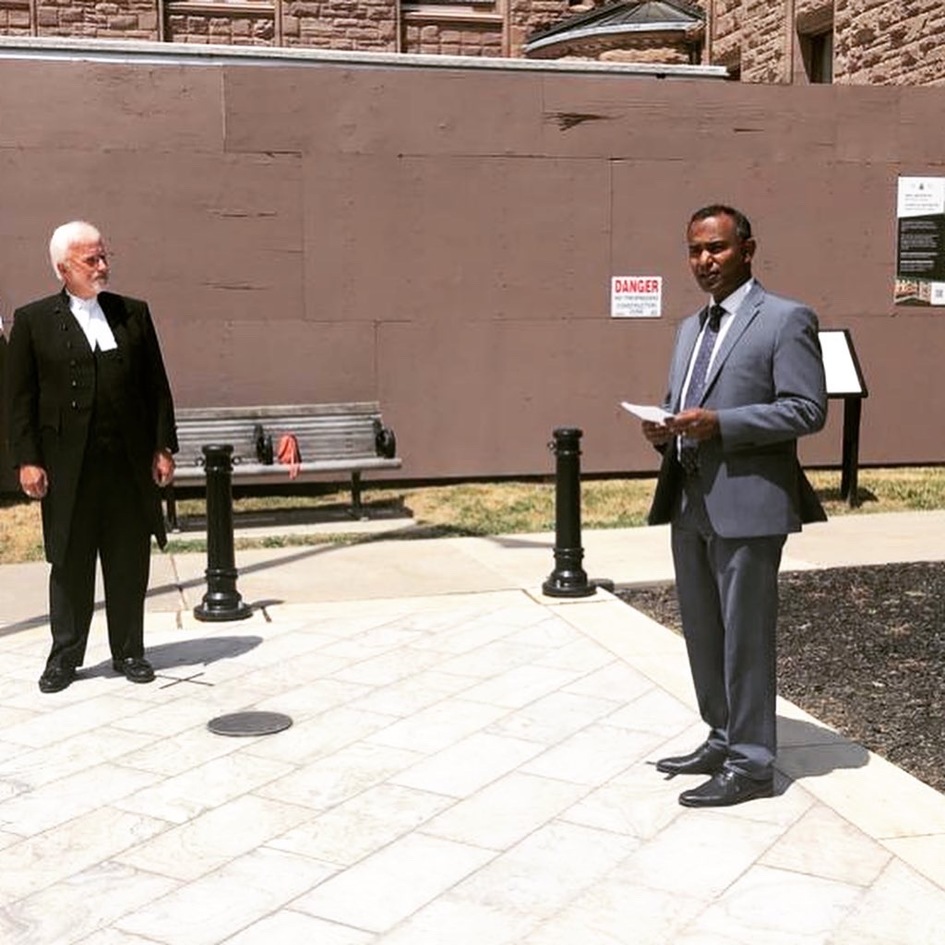 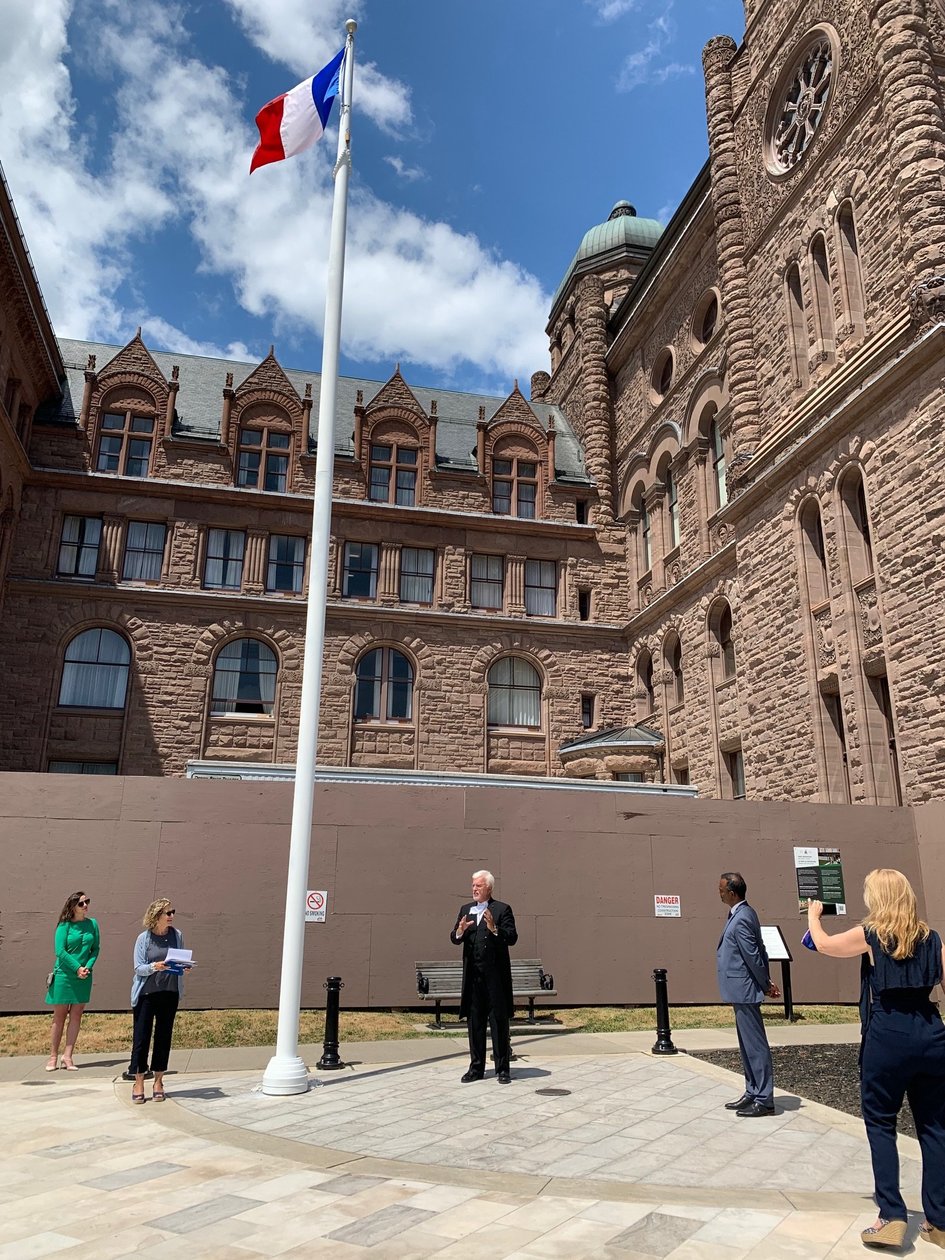 We thank our partners for their contribution to our solidarity initiative. Thanks to their support, we were able to make this day a great success.

Thank you to our volunteers for their involvement and generosity.