The 4th edition of the European Film Festival of Toronto closed Sunday, November 30 at CHIN Radio/TV International. Among the guests were members of European Consulates in Toronto, the sponsors of the festival and the volunteers.

The Magna Audience Award winner, as determined by audience ballot, is the Polish movie KATYN, directed by Andrzej Wajda. The award was presented by the Consul of Poland Mr. Andrzej Krężel, the Cultural Attaché of the Consulate General of France Mr. Joel Savary and by the Austrian Vice Consul and Deputy Trade Commissioner for Canada Mr. Drazen Miletic. The guests then enjoyed the buffet given by The Association of Italian Chefs of Canada.

The 2008 edition of the European Film Festival of Toronto attracted around 6,700 visitors, which is a great increase (almost 60%) compared to 2007.

All of this was made possible thanks to the many sponsors (Toronto French School, Creative 7, Dale & Lessmann LLP, Le Métropolitain, EYE WEEKLY, Alliance française de Toronto, Lufthansa, Toronto Film & Television Office, CHIN Radio/TV International, Deutsche Welle, France Magazine, CIUT 89.5 fm, the Association of Italian Chefs of Canada, Evanov Radio, Delta Chelsea, Magna, Gamelle Restaurant, Cinematheque Ontario, the National Film Board, GEKO, Promation Engineering Ltd., Humber College and the Vari Foundation. ), the team work of the European Consulates of Toronto and of course the many volunteers who helped throughout the festival. 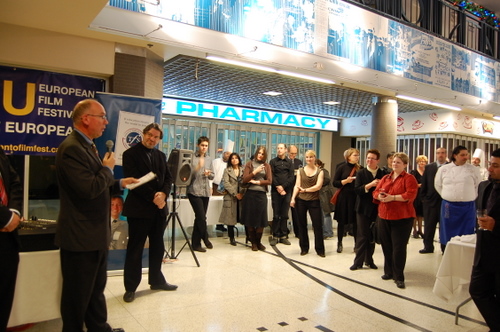 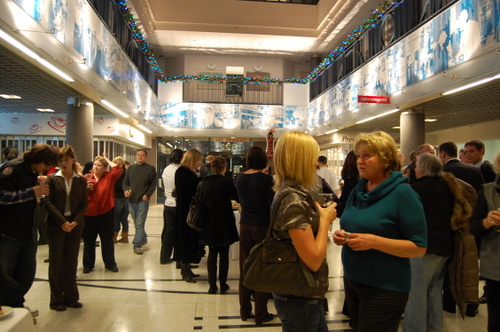 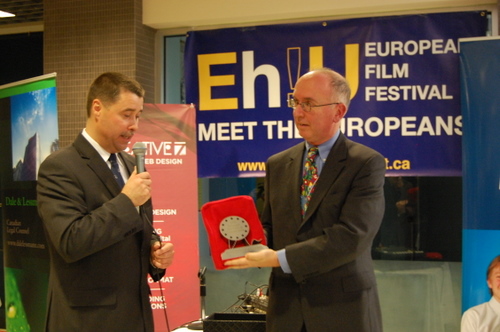 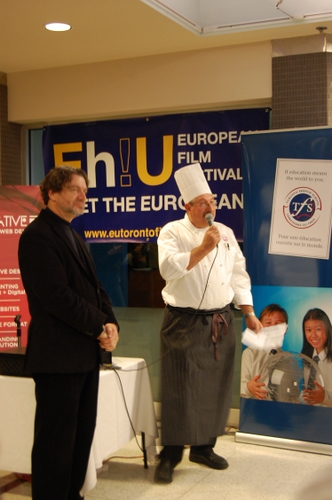 Martin Stiglio, Director of the Istituto Italiano di Cultura (left) and Gianpero Tondina, President of the Association of the Italian Chefs of Canada