The alternative rock band Apolline was formed in 2011 in the centre of France (Blois) by five musicians, professionals of the performing arts and current music scene. The band was formed on February 9 – St Apolline’s day – following a jam session where complicity and magic took place.

That performance gave birth to the first songs, which became the basis of a repertoire that now contains over twenty titles, all bound to solid seventies and progressive foundations (Led Zeppelin, Pink Floyd). Committed to a strong and creative artistic project, Apolline offers a world of sounds and melodies that reminds of Anglo-Saxon rock.

The band is going to perform on October 15 at Cherry Cola’s. 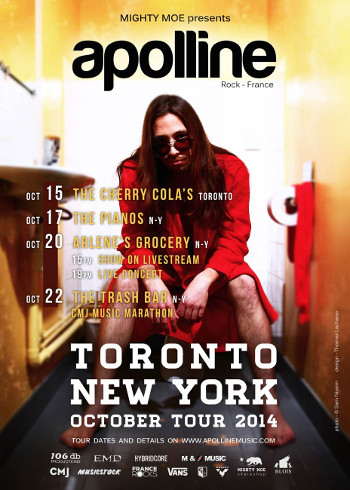