On Thursday, June 8th at 4 pm, a panel discussion held at the Munk School of Global Affairs of the University of Toronto will gather French and Canadian experts to discuss recent survey research assessing the integration of Muslim minorities in France, Québec and the rest of Canada. 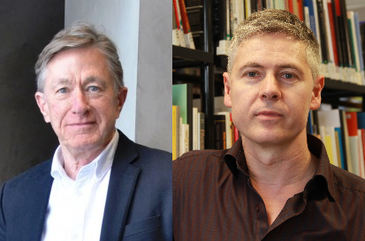 This discussion aims at looking beyond media controversies and at broadening the current public debate on migration and integration, by bringing academic analyses from different national perspectives.

The study is the first attempt to compare immigrant issues in Québec and France, while recognizing the similarities and differences between Québec and the rest of Canada, by including social, economic and political dimensions. This way, it aims at untangling the interrelated forces affecting the integration of Muslim immigrants. Started in 2012, this project is the result of a close collaboration between Dr. Patrick Simon, from the Institut National d’Etudes Démographiques (INED) in Paris and Prof. Jeffrey Reitz, Director of the Harney Program in Ethnic, Immigration and Pluralism Studies, from the Munk School.

Patrick Simon is Director of Research at the Institut national d’études démographiques (National Institute for Demographic Studies; INED). He was a Visiting Scholar at the Advanced Research Collaborative program at CUNY (2015-2016) and at the Russell Sage Foundation in 2010-11. Trained as a sociodemographer at L’École des hautes études en sciences sociales (School for Advanced Studies in the Social Sciences; EHESS), where he earned a doctoral degree in 1994, he has studied social and ethnic segregation in French cities, antidiscrimination policies, and the integration of ethnic minorities in European countries. He is one of the principal investigators of a large survey, Trajectories and Origins: The Diversity of Population in France, conducted by INED and the Institut national de la statistique et des études économiques (National Institute of Statistics and Economic Studies). Jeffrey G. Reitz is a Professor of Sociology and Director of the R.F. Harney Program of Ethnic, Immigration and Pluralism Studies at the Munk School of Global Affairs, University of Toronto, and Professor and former Chair in the University’s Department of Sociology. Professor Reitz has published extensively on immigration and inter-group relations; his work had emphasized the case of Canada in comparative perspective, and he also has written on policies for immigration, immigrant employment, and multiculturalism. Recent articles have appeared in the International Migration Review, Ethnic and Racial Studies, the Journal of Ethnic and Migration Studies, Social Science Research, and Patterns of Prejudice. He is a member of the Centre d’analyse et d’intervention sociologiques, L’École des Hautes Études en Sciences Sociales; in 2017 he will be Visiting Fellow at the City University of New York Graduate Center.

Abdie Kazemipur is the University Scholar research chair in social sciences at the Department of Sociology, University of Lethbridge; and as of next month, the Chair of Ethnic Studies at University of Calgary. Previously, he served as Stephen Jarislowsky Chair in Culture Change and Immigration at Memorial University of Newfoundland. He has also been the founding director of two research data centres at the University of Lethbridge and Memorial University. He conducts research on the socio-economic experiences of immigrants in Canada and the socio-cultural developments in the Middle East, on which he has published seven books. His most recent book, The Muslim Question in Canada: A Story of Segmented Integration (UBC Press, 2014), received the 2015 John Porter Excellence Award from the Canadian Sociological Association.

Valérie Amiraux is a full Professor of Sociology at the University of Montreal (on leave from her Senior Research Fellow position at the CNRS), where she holds the Canada Research Chair for the Study of Religious Pluralism. Her main fields are religious pluralism, the relationships between Muslim minorities and European and Quebecer societies, Islamophobia and discrimination. Her current research interests centre on an ethnographic analysis of the articulation between pluralism and radicalisation, with a special emphasis on the interaction between majority societies and Jews and Muslims as minorities in specific cities of Europe and Canada.