The representatives of 7 European Consulates, including the Consulate General of France in Toronto met with business, elected officials and experts to reinforce trade relations with the province 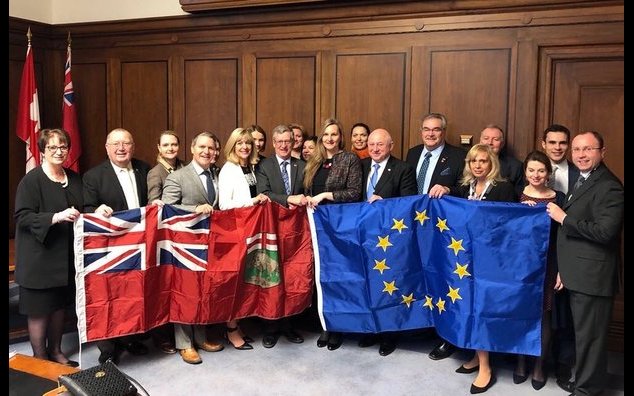 On March 22nd and 23rd 2018, the European Union delegation met with Ministers, high-level public servants and industry representatives to discuss strategic topics for both parties – including agriculture, advanced manufacturing and northern economic development.

The members of the delegation also visited two of Manitoba’s cutting-edge research and innovation centres, the Composites Innovation Centre and the Richardson Centre for Functional Foods and Nutraceuticals, and attended a reception in their honour at the residence of the Lieutenant Governor, the Honourable Janice C. Filmon

In 2017, Manitoba’s total trade with the EU totalled $1.9 billion, making the EU the fourth-largest export destination for Manitoba goods and the second-largest source of imports. France is currently Manitoba’s fourth provider.

View the news release published by the Governement of Manitoba